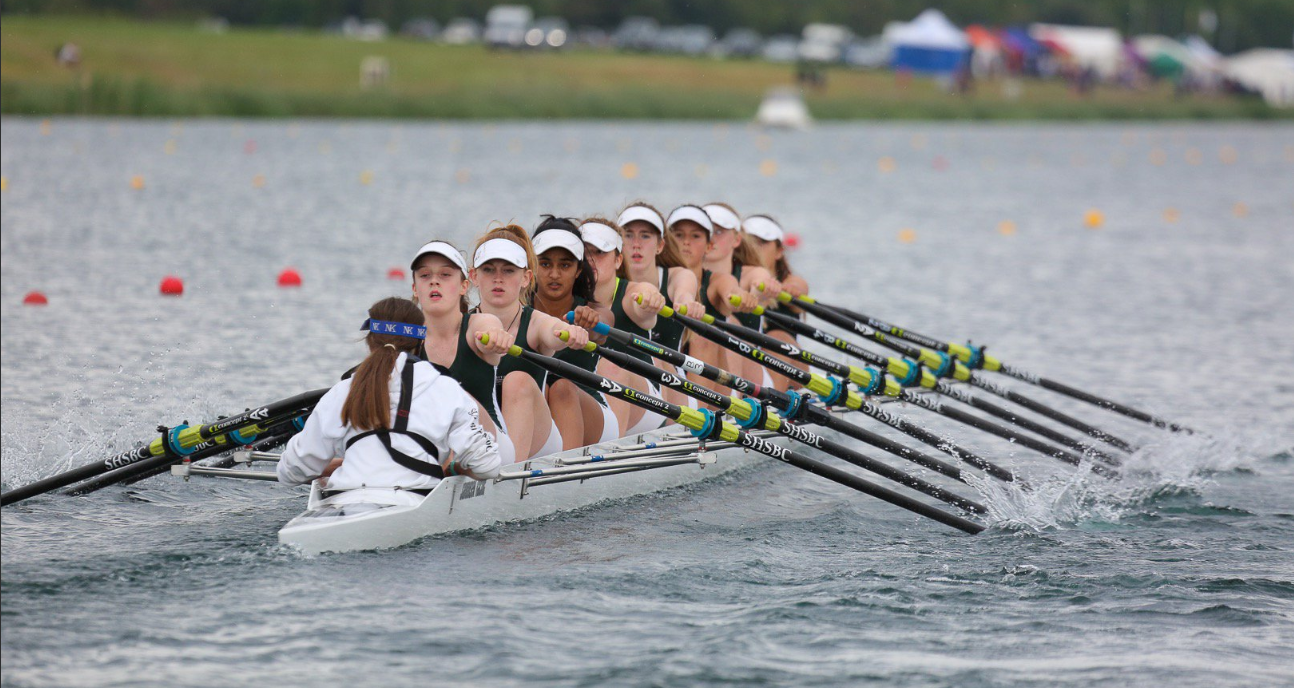 Surbiton High School Boat Club has been encouraging pupils to engage with the sport of rowing since 2010 and has now built an enviable reputation as one of the leading rowing programmes for girls in the country. The main ethos of the Boat Club is centered around developing a lifelong passion for rowing. In a fun and enjoyable environment, the pupils develop an understanding of accountability to themselves, the crew and the club; whether training, racing at Local or National events or representing Great Britain.

Students can start rowing in Year 8 and continue through to Year 13. Over this six-year period, we develop their skills and physiology to meet whatever goals the athlete might set themselves.

Stewart Walker has lead the Surbiton High rowing programme since 2010 when we were just part of Molesey Boat Club. Since then, we have gained our own boathouse and grown into one of the School’s leading sports clubs. With squad size and achievements growing every year, Stewart continues to lead the club towards being one of the top performing school rowing programmes in the country.

The coaching team bring a wealth of invaluable knowledge and experience to the rowing programme. However, they are also actively involved in the wider sport of rowing; they sit on external rowing committees, help organise and run rowing regattas and head races, umpire events, help formulate the direction of girls rowing, push the agenda for equality at events, work closely with British Rowing on the future of GB junior sweep rowing, attend rowing seminars and conferences and some of them even still compete.

We have three full time, professional coaches focused solely on the development of our athletes and the Rowing Club. We have a further seven part time coaches and three members of the teaching staff assisting with the running of the club and training the squad. This team has been responsible for coaching numerous National titles and International representation, as well as many representing Great Britain themselves from Junior to Senior Level.

We row on one of the nicest stretches of water in the country – 7km of wide, flat, uninterrupted river running from Hampton Court to Teddington. We are completely self-sufficient at our boathouse with seven coaching launches and 46 fine racing boats. The School’s facilities include our own space for our fleet of ergos and Wattbikes, and a fully equipped strength and conditioning gym

We take our athletes to a full range of competitions from local races, which accommodate all levels of ability, right up to National Schools’ Regatta, Henley Royal and GB trials. Athletes can race in all boat categories from 1x to 8+, and all events from Novice to Elite. We also arrange fixtures with other schools to broaden the rowers’ experience and competitive horizons.

Rowing at Surbiton High School first came into being in 1982 when four pupils formed a crew with the aim of racing. Amongst one of these early pioneers was Kim Thomas, who went on to represent Great Britain in the Women’s Eight at the 1992 Barcelona Olympics. Later, Surbiton High Rowing became part of the Molesey Schools Rowing Association (MSRA) and lost its own identity; but after the demise of MSRA, Surbiton High School made the decision to maintain and develop rowing as a sport at School and set up its own rowing programme.

Mr Stewart Walker was appointed in 2010 with an open remit to develop a school rowing programme. We started with fewer than 20 pupils rowing and although we had access to some of Molesey Boat Club’s equipment for training and racing, we only owned one boat, ‘Blade Runner’, which is still in use today. In 2011, rowing went curricular, the Rowing Parents’ Club, ‘Blades’, was formed, and we acquired our first two new boats, paid for by the Parents’ Association. In 2013, we acquired a boathouse, which was officially opened by Andrew Triggs-Hodge. In the same year, the School provided funds to substantially increase the fleet of boats.

Since then, we have grown every year; increasing our membership, number of boats and oars, ergos and weights, and our achievements.

SCHOLARSHIPS
& BURSARIES
We use cookies on our website to give you the most relevant experience by remembering your preferences and repeat visits. By clicking “Accept All”, you consent to the use of ALL the cookies. However, you may visit "Cookie Settings" to provide a controlled consent.
Cookie SettingsReject AllAccept All
Manage consent

This website uses cookies to improve your experience while you navigate through the website. Out of these, the cookies that are categorized as necessary are stored on your browser as they are essential for the working of basic functionalities of the website. We also use third-party cookies that help us analyze and understand how you use this website. These cookies will be stored in your browser only with your consent. You also have the option to opt-out of these cookies. But opting out of some of these cookies may affect your browsing experience.
Necessary Always Enabled
Necessary cookies are absolutely essential for the website to function properly. These cookies ensure basic functionalities and security features of the website, anonymously.
Functional
Functional cookies help to perform certain functionalities like sharing the content of the website on social media platforms, collect feedbacks, and other third-party features.
Performance
Performance cookies are used to understand and analyze the key performance indexes of the website which helps in delivering a better user experience for the visitors.
Analytics
Analytical cookies are used to understand how visitors interact with the website. These cookies help provide information on metrics the number of visitors, bounce rate, traffic source, etc.
Advertisement
Advertisement cookies are used to provide visitors with relevant ads and marketing campaigns. These cookies track visitors across websites and collect information to provide customized ads.
Others
Other uncategorized cookies are those that are being analyzed and have not been classified into a category as yet.
SAVE & ACCEPT
Powered by